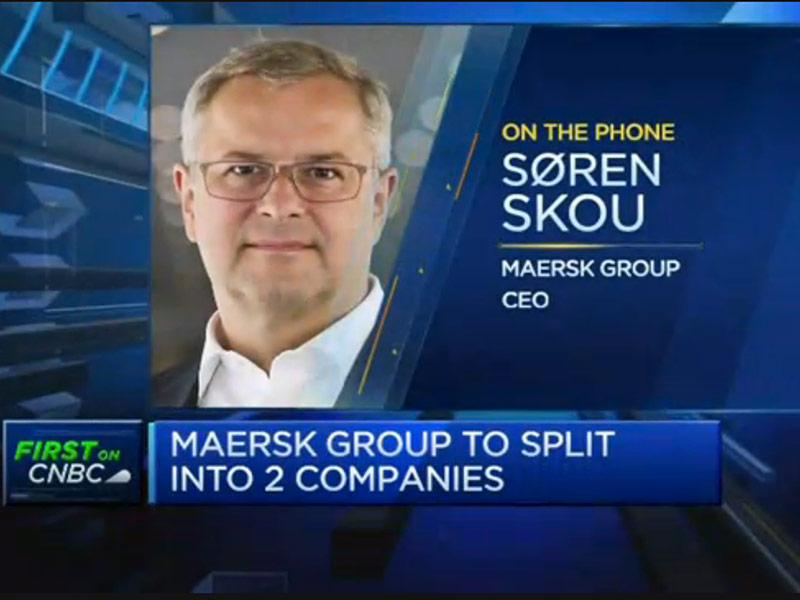 Danish shipping and oil conglomerate A.P. Møller-Mærsk announced on Thursday that the company would split into a transport business and a separate energy division.

«The industries are challenged and we have not really been able to grow our top line,» Mærsk Group CEO Søren Skou told CNBC on Thursday.

Møller-Mærsk is the world’s biggest shipping company, holding around 15 percent of the total global capacity of liner fleets in TEU (twenty-foot equivalent unit) terms, according to data provider Alphaliner.

Mærsk said its main focus in the future would be its transportation and logistics services. It said its energy businesses would be separated from the main company either individually or in combination by joint ventures, mergers or listing.

«We expect to do that within the next two years,» Skou told CNBC on Thursday.

The shipping business has struggled with record low freight prices as global shipping freight capacity has expanded, while Mærsk’s oil division has been hit by the slump in crude prices since July 2014. In August, the company reported second-quarter net profit that was far below expectations and around 90 percent lower than the same period last year.

«There is a consolidation wave going on in container shipping… we would want to participate going forward,» Skou told CNBC, adding that the company had no concrete plans in that direction at the moment.